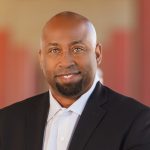 Richard Fleming is the CEO & founder of State Tax Group, LLC a state and local tax advisory firm located in Addison, Texas since 2005. Mr. Fleming has 23 plus years’ experience in the state and local tax arena. Richard is an appointed member of the Texas State Comptroller’s Glen Hagar’s “Taxpayer Advisory Group” which meets to discuss proposed rules and tax laws before they are published in the Texas Register.

Locally Richard serves as a school board trustee for the Carrollton-Farmers Branch ISD which serves the cities of Dallas, Farmers Branch, Carrollton, Coppell, Addison and Irving. Richard currently serves on several Non-Profits boards benefiting women and kids whom are challenged by life in the Dallas Fort Worth area. Mr. Fleming has been recognized for his leadership, character, and stewardship in the community; as such has received several community service awards for his stewardship.

Past Boards and Affiliations